Generator is at its core an idea. The idea that the niche has a great deal to offer the mainstream. This year, we intend to push that idea to its limits. The image of the Arctic is in a feedback loop. The narrative has been written before filming even begins. Audiences don’t need to watch to understand, and have in turn simply stopped listening. Nobody wants another documentary, they want something worth witnessing.

Astronaut Chris Hadfield is traversing the Arctic Ocean with scientists, photographers, writers, musicians, and videographers to capture a unique experience unlike ever before. From the south of Greenland to northern Resolute, Generator Arctic sets out to create a multimedia imprint of a rare time and space, seen through eyes who have never been exposed to it before.

You can be part of this. The art we make is for you. All you have to do to join is follow the accounts of the artists you're most interested in, and watch the story unfold over the coming weeks. In addition, there will be in-person presentations as a special event in the fall AGO season (Nov. 2nd) and on stage at Massey Hall (Nov 12th) in Toronto. 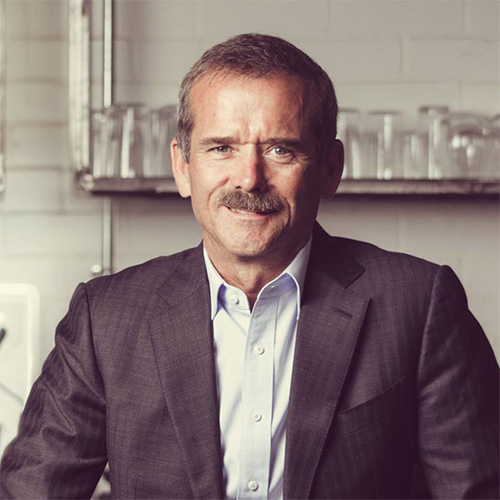 Vivienne is a Sony Artisan of Imagery. Beginning with a $79 point-and-shoot camera she purchased online, Vivienne began shooting her native New York City from her unique perspective while out on walks, and quickly it evolved into a full time gig. Her photos seem to give off a hauntingly distant quality, yet carefully using colouration and tones to create a feeling of nostalgia for the present.

Ben is a UK-born Youtube vlogger and filmmaker, who happens to be a world-champion kayaker. Ben has found a passion for travelling, which he documents through both videos and photos that capture a true mosaic of positive life experiences. His Visual Vibes series has been seen by millions and never fail to articulate the true beauty of where he’s visited.

A phenomenal writer from Australia. Elmo’s emotive narrative style reads more like short fiction than journalism, and her works have appeared in journals such as NYT, Vice, The Verge, The Awl, and Motherboard. Her article “All Dressed Up for Mars and Nowhere to Go” is a particular highlight.

Danny Michel is a Canadian musician, producer and filmmaker, with a legacy of charity work in Belize. He has released 12 albums, as well as stars on “Dan’s Space Van,” a traveling musical experience he writes, films and produces. His time on board the Khlebnikov, when not performing for the other guests, will be spent creating new music dedicated to the experience.

Norm is one of the founders of the popular website Tested.com, a website dedicated to providing its users with engaging content in the realms of science, technology, food, and art. Norm doubles as a creative producer for the site, curating many articles and videos that the millions of Tested.com users enjoy.

Joey is the Senior Video Producer at Tested.com using his 10 years of filmmaking experience and documentary-style approach to direct, shoot, and edit, many of the site's original video content series.

Hailing from the UK, Tom Scott is an adventurer who produces videos that provide the answers to quirky, unanswered or little known questions. He has rapidly made a YouTube career out of being intelligent, personable, and unexpected. His loyal following always anticipate his next upload, because you simply never know what Tom will do next.

The highly decorated documentary photographer’s works have appeared on the BBC, Canadian Geographic, Maclean's, National Geographic and more. Paul sheds light on Canadian wildlife and cultural hotspots, depicting what's at risk and reminding us why they are a celebrated part of the national identity. His works in the Sacred Headwaters were instrumental in the B.C government granting its protection. Our future is better for his photography.

Simone doesn't just hail from Italy, he personifies it. Through video, photography and creative design he adds unimaginable colour to our world. With a rare eye for landscapes and human interaction, and an ingenious capacity to redefine a natural scene, there are few in the world who can rival Simone in capturing a beautiful moment.

Tim Kellner is a brilliant young filmmaker from Buffalo who has traveled around the world capturing moments. He can create a mood from a single scene, and change a city’s atmosphere with a hue. There are few video series online that rival his. In a world where there has never been more video to digest, Tim still finds a way to create a feeling like his work is separate and ageless.